Putting Your Home On the Map

Have you ever gotten directions to a location that went something like this, “Go about 5 minutes north, turn right, then drive until you come to the corner where the old church used to be…”? As a former sales representative who drove a lot of miles,

my worst nightmare was the directions that began with “you can’t miss it”…because I promise you, “it” could be missed! The problem is, rural locations can be really hard to find! 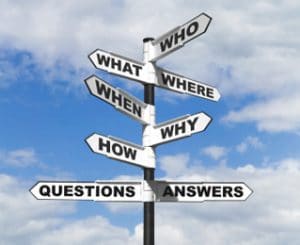 In recent years, Google Maps has provided a great resource to reduce the number of drivers getting lost. Together with other GPS technology, it means that travelers around the world can easily find locations. In fact many drivers become completely reliant on their GPS to get them to their destination. For the vast majority of trips from point A to point B, this works really well. However, if you ask anyone in a rural location (i.e. population less than 50,000) accuracy becomes an issue. Though Google made an effort to capture as many streets and roads as possible, places like rural Saskatchewan are just too big and in some areas, too sparsely populated, to make mapping a priority. So, a business might get placed on the map, on the correct street, but miles from their actual locale. For anyone visiting a community like Humboldt using their GPS, they might end up blocks from their goal. This has happened more than once and left the visitors with a less-than-great impression of the community.

I was pleasantly surprised to try out Google Map Maker, an option that has been around for a number of months, but continues to be tweaked and improved. It allows user friendly map updates and lets residents and businesses add locations and details to existing Google Maps. We no longer have to wait for Google to make a round of upgrades to the maps, we can do it ourselves! We have maps for Humboldt and Prairie View Properties on our website, but that’s just not good enough. Our development is less than 3 kilometers from Humboldt, but it is off the beaten path and not visible from the highway. Now, if someone searches on Google Maps, they’ll be directed straight to our development. It seems in this day and age of technology, being included on these maps is validation – we actually exist!

Now, do you live somewhere that currently “isn’t on the map”? Simply visit the Help Page for Google Map Maker to get started. Once you add your suggested details or locations, it will take a while for the suggestion to be reviewed and approved. If there are a lot of your neighbours making updates as well, it may draw attention to a region or community that Google should take a closer look at. We can literally put ourselves on the map!